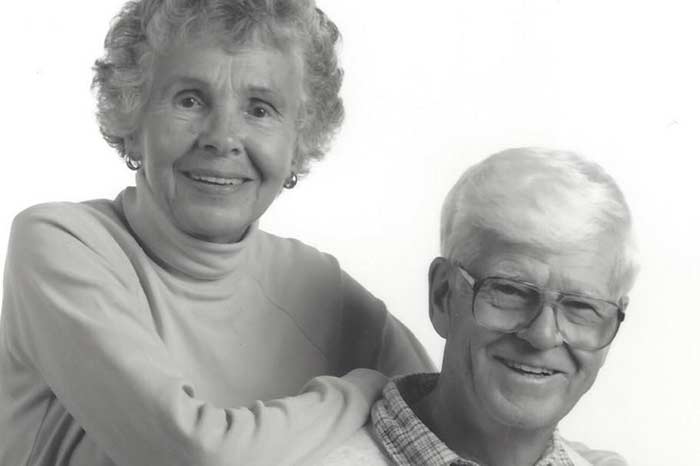 Doug and Olive Kirk built an impressive legacy raising a family of five children, and then enjoying eleven grandchildren and fifteen great-grandchildren. But that’s not the only legacy that Doug and Olive built together over nearly 58 years of married life. Both dedicated and active community members, Doug and Olive had a fifty-year history of community service in Peterborough. Their motivation, according to Doug, was simple: “If you’re going to live in a community, you want it to be a good community. Olive and I always just did what we could to help make our community even better.”

In 2012, Doug planned a bequest to the Community Foundation of Greater Peterborough, creating the Olive and Doug Kirk Fund which benefits the YWCA Crossroads Shelter and YMCA Strong Kids Campaign. These were two charities that the Kirks dedicated countless volunteer hours toward. It was their way of ensuring that their community service continues into the future. “We wanted to make sure that we could keep doing good work even after we’re gone,” explained Doug in 2015. “The fund is a logical way to do that and we know it’s in good hands.”