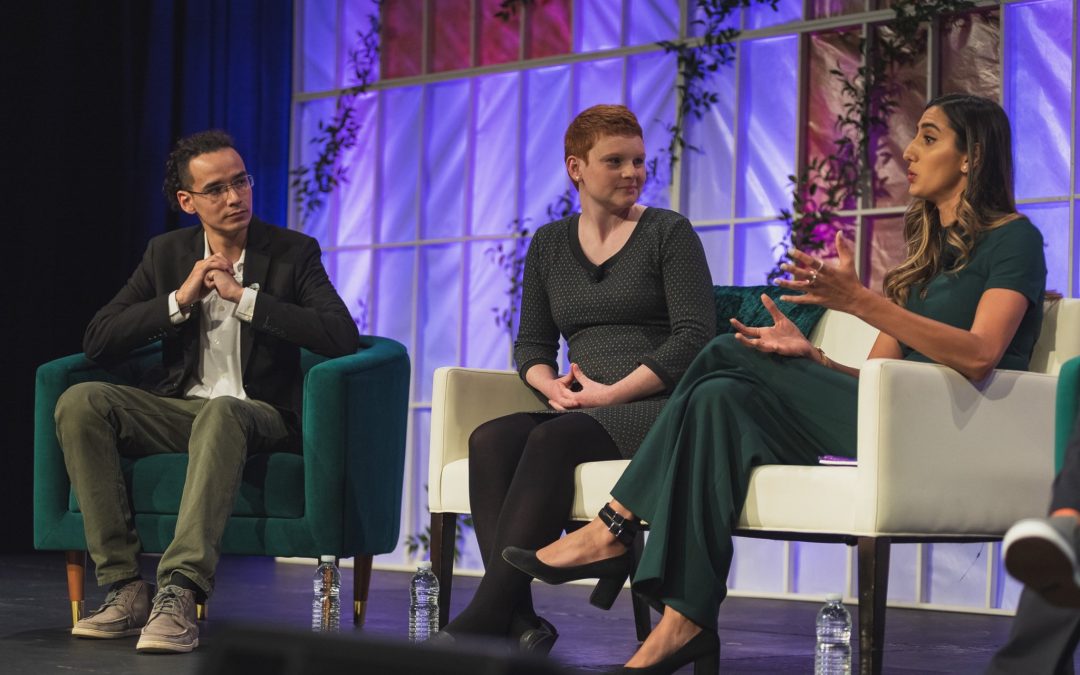 The Community Foundation of Greater Peterborough is saying farewell to Nicole Gagliardi, one of our Co-Executive Directors, next month. The Foundation’s Board of Directors will begin a search for a new Co-ED in the coming weeks while operations of the organization are managed by Jennifer DeBues, who has been leading the organization as a member of the Executive Team since 2019.

After joining the Community Foundation in 2014 as a Program Coordinator, Nicole took on increasingly senior leadership roles at the organization until she was appointed as a member of the Foundation’s Executive Team in 2019. After seven years with the organization, she is moving on to focus on Rise and Run, a social enterprise she co-founded with her partner Jason Stabler that supports small charities and non-profits.

“We are certainly sad to see her go,” says Board Chair Jenn Harrington, “Nicole has done amazing work at the Foundation. Her leadership and innovation has been recognized here in Peterborough and beyond in the broader community foundation movement. She will be missed.”

In 2019, the Community Foundation adopted an innovative shared-leadership structure, which features an Executive Team rather than a single Executive Director. “One of the many advantages of having two Co-Executives is that it stabilizes the Foundation during leadership transitions,” adds Harrington. “In addition to a dedicated and dynamic board, we have Jennifer DeBues remaining in her Executive role to help steward the Foundation throughout this period of change.”

Harrington says that the Foundation will take the time needed to implement a thorough executive search. “It’s really important that we find someone with the right skills, the right values, and the ability to integrate with our tight-knit team. That’s not something that can be rushed.”

With the Foundation reaching a major milestone in 2020 – making more than $1.5 million in grants to local charities – Harrington feels confident that the Community Foundation has grown into an established force for good. “There is so much opportunity for our Foundation to continue to grow and deepen our impact in the community. Our board and our stakeholders are excited and looking forward to what’s next.”